I haven’t done that much lab work lately as I have been working on crystal data processing among other things. However, a couple of weeks ago I purified some ACVR1/ALK2 for crystallisation for fragment screening (which happened on Friday) and for co-crystallisation with some of our compounds.

The experimental details are here, on Zenodo. As frequently happens, things in the lab don’t always go according to plan, and all the sonicators breaking down the same day delayed me enough that it put me back a day. However, my protein didn’t seem to suffer by spending the night on the column. The yield was good (13.5 mg from 2 L of insect cell culture), and I set up 14 crystallisation plates, 5 with fine screens prepared from the original conditions that ACVR1 was co-crystallised with LDN-193189 in. This was 20 % PEG 3350, 0.2 M ammonium citrate dibasic (PDB 3Q4), so I varied the PEG 3350 concentration and used the screens I made that had 10 % and 14 % PEG 3350, respectively, along with the other reagents. I already know these crystals give good diffraction, as they’ve been on the beamline before. The other nine plates were three different commercial screens (JCSG7, LFS6 and BCS6) with three SGC compounds (K62980a, K62981a, K62821a – the structures are in the Zenodo record).

The fragment screening went well, although I ended up using crystals I had made last December, because the fresh ones didn’t grow quickly enough. I mounted 176 crystals (some had melted by the time they got mounted), and they’ve given plenty of good data sets in the 1.9 to 3.0 Å range. The next few weeks will be spent processing all the fragment screening data I have so far. I’ve put a nice picture of Diamond Light Source last Friday morning below. It’s fabulous to live so close to the synchrotron! 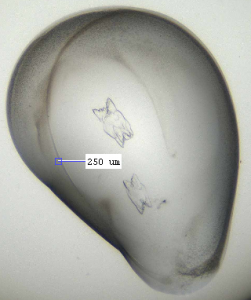 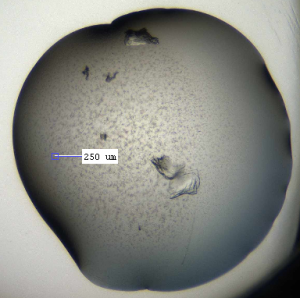 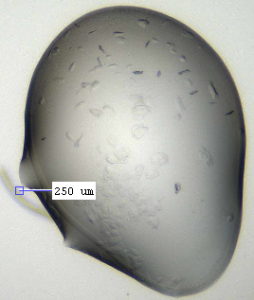 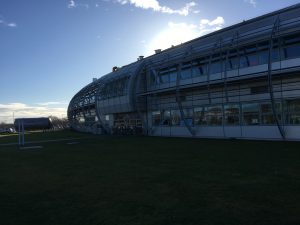