In my last post, I reported a new synthetic route to our quinoline series, Scheme 1. The goal was to overcome prior synthetic challenges and to allow for rapid synthesis of many different analogs over a short period of time.

I have as a result generated large numbers of quinoline analogs which have been sent for testing – CaMKK2 binding assay. Examples of some of the completed analogs are provided below, Figure 1. 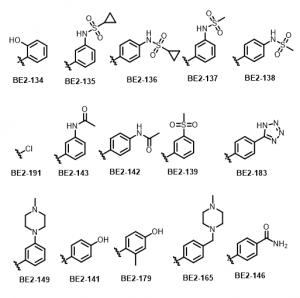 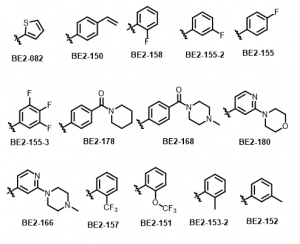 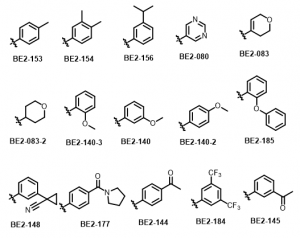 I am currently analyzing all of the biological data received so far and they will be reported in due course.