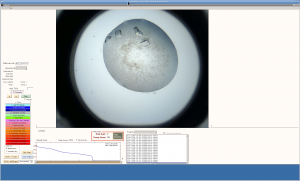 Crystals as seen on TeXrank

At this day and age (2018) many people are thinking that the future of structural molecular biology being about serial XFEL or synchrotron crystallography and electron diffraction, which are great tools to harness the power of single crystal diffraction from tiny (<1um) crystal samples, which embody the stereotype of what difficult scientific cases represent in practice, such as membrane proteins or large molecular assemblies.

Globular proteins are deemed to broadly be amenable to crystallography and have consistently underpinned the structural molecular arm of current drug discovery, to the point that they are the core of fragment-based structure-led drug and tool compound discovery.

In streamlining the fragment-based discovery process, the DLS-SGC XChem project at idyllic Didcot in Oxfordshire, England, UK – near the area where Winnie the Pooh and Christopher Robin stories took place – has recently reached the 80,000th fragment soaked crystal after half a hundred molecular targets were screened through it since 2016 from a wide range of diseases and biological work.

One key feature of the process is that research undergoing a fragment screen by macromolecular crystallography needs to have hundreds of very similar samples both in shape and diffractive properties reformatted in particular plate formats and unlike common prejudice, no one had systematically attempted to do that previously and the fragment screening process becomes a new learning iteration in the research process: researchers come out of the exercise much more aware of the properties of their crystal systems.

What usually happens is that it’s necessary to further optimise the crystallisation conditions using the same tools and techniques that people used 20 years ago to grow bigger crystals, now this time focussing on not on growing bigger crystals but on growing many and reproducible crystals.

An incidental result from the experience is that the dying art of crystal optimisation is back to the limelight and at least 50 young researchers have now been re-exposed to it in a different light and the knowledge will continue to respread as alongside cryogenic fragment screening approaches, room temperature plate screening, serial crystallography and electron diffraction will keep requiring crystallisation optimisation to improve sample preparation.