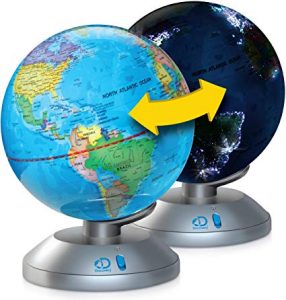 When I was a kid, I used to have a spinning globe lamp in my bedroom. What can I say? I was a big nerd child (I also had a passion for stamp collecting and making model airplanes, but thats a tale for another time). I loved plugging it in and when it lit up I would spend hours turning it around and memorizing counties and cities. Shame it didn’t help me with my high school geography as I never quite understand the difference between igneous and sedimentary rock. Looking at the globe, the world always seemed so massive. But Saturday I was reminded how small this world is that we live in.

For months (well since January 2019), I could sit and watch Liverpool games in peace. They win, no texts, no messages, I guess no one wanted to talk to me and ask if I saw the game and enjoyed the Liverpool performance. Then on Saturday, no sooner do Watford start scoring and Liverpool start losing the messages come thick and fast; from all corners of the globe. I never realized how eager people were to let me know how things were going, was I watching the liverpool match, did I have any thoughts on the manner of the loss. Imagine 50 years ago, or even 100 years ago, this wouldn’t have been possible. They would have written me a letter, and I would have received it 2-4 weeks later with their regards. And I could have just filed it in the pile saying return to sender.

Anyways, I appreciate all the best wishes and messages. While the world looks so big, its often surprising how small it really is and how easy it is to keep in touch with people from all corners of the world. Last week some good news came from one of these international partnerships I had struck up with a fellow scientist in a different part of the world, Dr Nico Unsain, from Cordoba, Argentina. 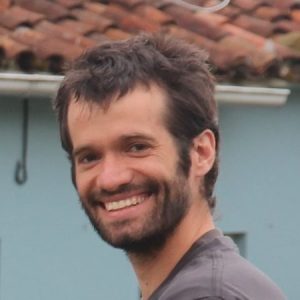 I met Nico over ten years ago, when we worked beside each other in our respective labs. Nico taught me how to present properly, and how to give all my talks in a “BBC world voice”. He also taught me how to enjoy fine South American wines, and I have yet to find a Malbec I didn’t like.

A few years ago, Nico headed back to Argentina to set up his own group, but we always stayed in touch, discussing the merits of Lionel Messi (is he better or worse than Ronaldo), why do Argentina keep losing in major tournaments, and so on. Two years ago, I got to welcome Nico back into the MNI and my lab, as he came to do a 4 month exchange in my group.

Now, two years later, the fruits of our effort along with our other collaborators are now published in our new scientific reports paper (its also open access in case you ask). To sum up the work, the project involved blowing axons up in size (like filling plastic tubing with water and watching it expand) so we could analyze the periodicity of proteins within the neurons, a process termed expansion microscopy. This is some pretty cool work and am happy to have had chance to finally work with Nico on a project. If anyone is interested, I encourage you to check out the paper, and feel free to reach out to Nico, he’s one of the nicest guys you will. Hopefully we can continue this partnership and I am looking forward to the day I finally get an invite to come over to his lab in Cordoba, to sample fine Argentinian Malbec and to do some science in his neck of the woods. I also imagine the weather is a little nicer than what we are currently experiencing during Canadian winter.

As for Liverpool, they are back in action Tuesday in the FA cup, so I guess if all goes badly, I will be hearing from my good friends (and not so good friends) across the globe, checking in on me, and asking me how I feel about the Liverpool performance. If Liverpool play like I hope, then radio silence until their next defeat. Ah what a small world it is indeed.