This is what is planned to be the last small set of compounds prepared as STK17B/DRAK2 kinase inhibitors. Here, chemical modifications are made in the “top part” of the parent compound AP-39.

The goal is to evaluate the role of other functional groups such as imidazole, tetrazole, and sulfonamides (1-3). Other changes include replacement of the sulfur atom by nitrogen or carbon (4-8).

With these compounds, we expect to generate more structure-activity relationship data to understand the role of the thienopyrimidines as inhibitors of this kinase. 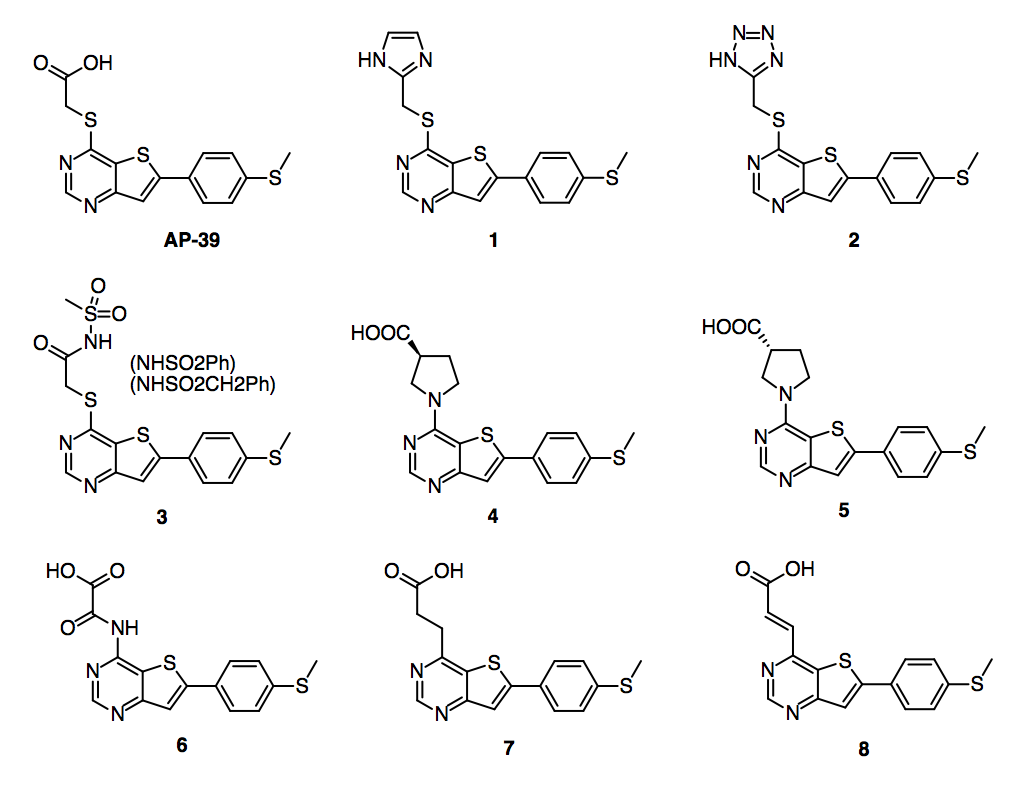