I had a couple of weeks off over August but I was back last week ready to crack on with work.

As you’ve probably been following the ongoing saga, Ros and I have been struggling with expression of our key constructs. She had some good news on that on her latest post which has some protein from a small scale test expression that we looked at. We each did one ‘set’ of purifications from a small scale grow-up that was testing different virus loads, and compared our results. This was an excellent check that one of us wasn’t doing something odd that was messing things up – since we both came up with the same results (there was expression and a low load of virus gave the highest yield) this was enormously reassuring. Fingers crossed for the scale up!

In the meantime I’ve been purifying some other proteins to work with which, while not Alk2 are similar in structure. If we can crystallise some of the M4KPharma compounds with them they may give insights as to how these compounds would bind to Alk2 even if we currently can’t get any Alk2 crystal structures with them.

The three proteins I purified were ACVR2 (the type II partner to Alk2), Alk3 (Also known as BMPR1A) and Alk6 (a.k.a. BMPR1B).  Details on the purification can be found here on zenodo. 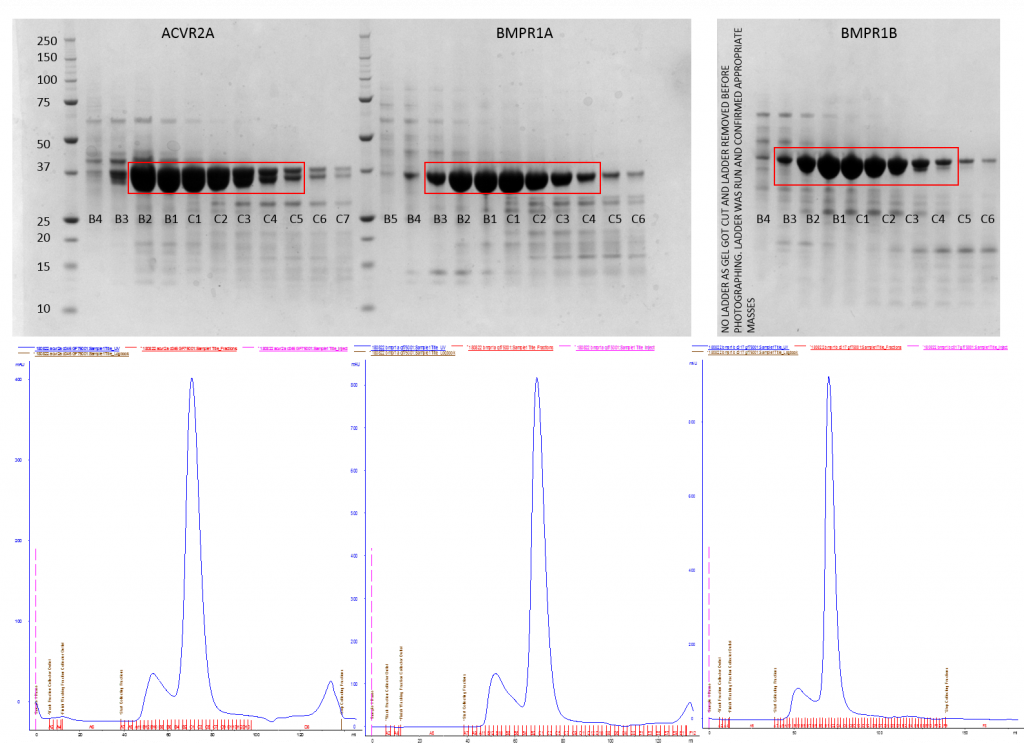 The purifications went well, and I had expression from all three proteins. This is better than last time I tried to purify Alk3 and Alk6 where I had no expression. The only slight problem I had was an incomplete cleavage of ACVR2 with Tev so I did a nickle rebind to separate out the tagged and the untagged protein. In this case I managed to get the tagged protein pure enough to use in crystal plates. 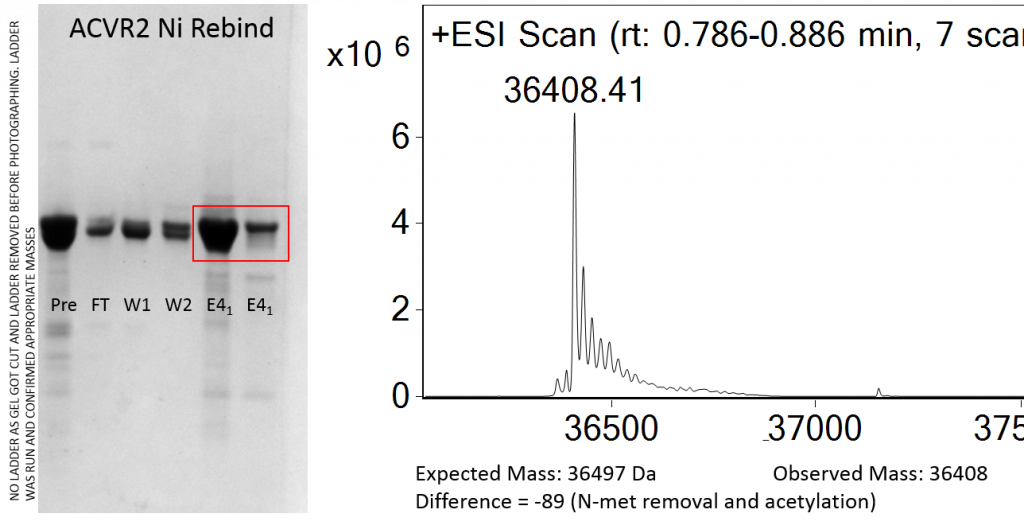 I set up crystal plates with ACVR2 and three M4KPharma compounds (M4K2009, M4K3003 and M4K3007) and froze the Alk3 and Alk6 for future use. Both Alk3 and Alk6 constructs have the GS domain that requires FKBP12 for stabilisation and crystallisation. Since I didn’t have any FKBP12 to hand, I flash froze them and put them in the -80°C freezer for future use.

As of the four day inspection I have no crystals of ACVR2 but a couple of drops of interest that might be of use either for follow-up screens or that might develop into crystals in the coming days.