Repeatability is a cornerstone of science, but cells behaviour can change quite significantly if you aren’t careful when looking after them. To ensure that I have the right number of DIPG cells to complete an important experiment, and that they’re all growing healthily, I want to record how fast they grow, and at what density they die or change in behaviour. (This will be especially important when I start comparing DIPG cell lines with different mutations, that all grow at different rates.)

Doing this is quite simple: I seeded patient derived HSJD-DIPG-07 cells in flasks from high to low density, with enough repeats that I can harvest the cells every two or three days, dye dead cells with trypan blue, and count them in a haemocytometer. You can read exactly how I did it here.

After a week of growth I could make a few observations:

More than a million cells in a flask dirty their medium (turning it yellow) in less than three days (the rate at which I want to feed them). More than two million cells are so overcrowded that cells start dying in greater numbers, and they’re so overcrowded and unhappy that the spheres they grow in start sticking to the bottom of the flask instead of floating in the medium. That’s a very noticeable change in behaviour, and something I definitely want to avoid during experiments or drug screening. 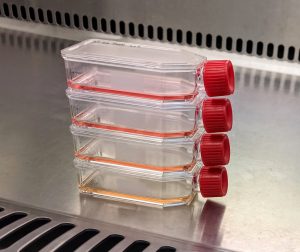 But even in such an unhealthy state, their growth didn’t slow down: 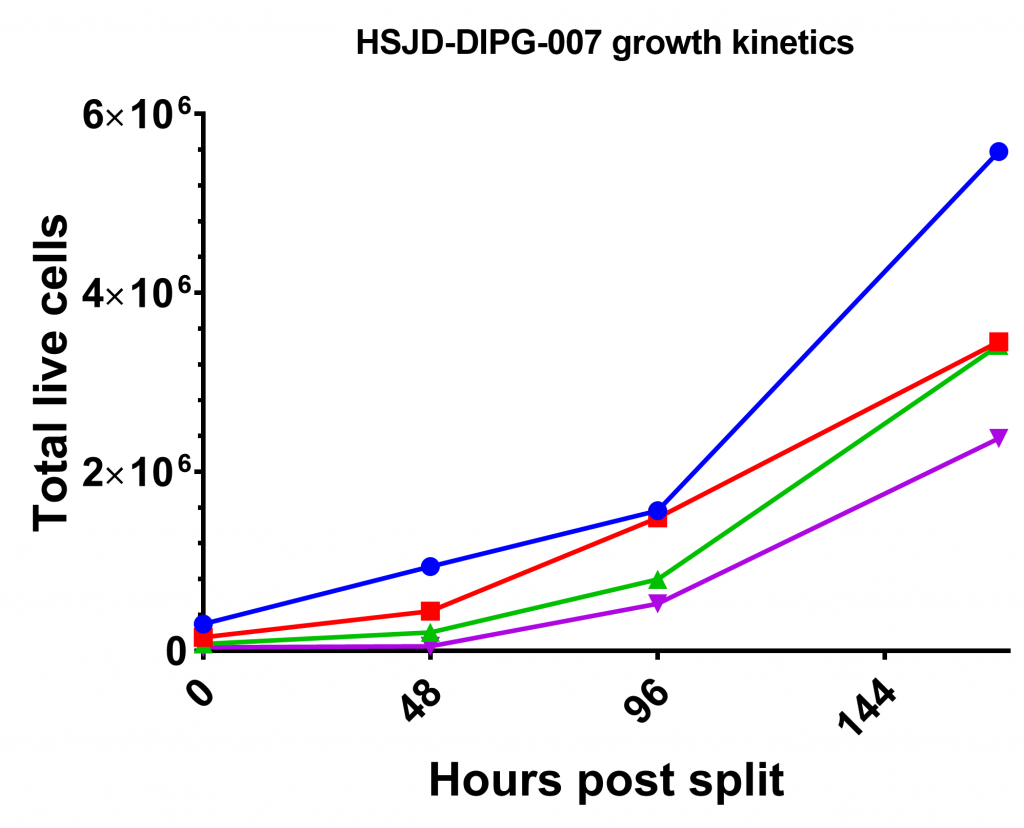