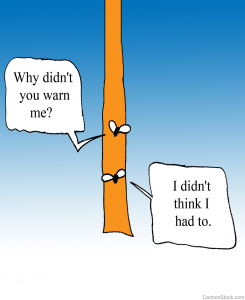 Mis-folded glycoproteins are caught by UGGT and cannot leave the ER.

About one quarter of the Eukaryotic genome encodes glycoproteins that are made in the Endoplasmic Reticulum (ER), and travel to special destinations such as the extracellular environment, the cell membrane or other organelles like the lysosomes. We can think of the ER as a nursery where baby glycoproteins quickly grow to attain their adult shape and size, in conditions that closely mimic the ones they evolved to find themselves in.

But how is it decided that a glycoprotein is fully and perfectly formed and can leave the ER? As it turns out, the Eukaryotic cell has evolved a formidable glycoprotein folding quality control (ERQC) system, which ensures that glycoproteins that are mis-folded – i.e. are still forming – cannot prematurely leave the ER. The checkpoint of this quality control system is the enzyme that detects a defects in a folding glycoprotein and flags it for ER retention: UDP-glucose Glycoprotein Glucosyl-Transferase (UGGT).

Thinking of the variety of sizes and shapes of the thousands of secretory proteins that travel from the ER down the secretory pathway, a big question comes to mind: how can UGGT – a single enzyme – survey folding of so many and such different glycoprotein clients? It has been hypothesized that UGGT recognizes exposed “sticky” amino acid residues on the surface of a defective glycoprotein, but nobody has yet discovered how the recognition of that “stickiness” happens.

In the process of carrying out a control experiment, we have now obtained serendipitous data suggesting that UGGT itself may possess a “sticky” mis-folded patch, and that it may therefore catch glycoproteins that carry a folding defect via a “mis-fold:mis-fold” molecular recognition event. We prepared a special version of recombinant UGGT, treating mammalian cells with the mannosidase inhibitor kifunensine: this was meant to produce a UGGT molecule (which we call UGGTKif ) bearing glycans identical to the ones carried by all glycoproteins in the ER (including UGGT’s substrates). Surprisingly, the UGGTKif crystal structure revealed that one of the domains of the protein is mis-folded!

This observation – together with published evidence that UGGT bears de-mannosylated glycans (a hallmark of defective glycoproteins flagged for ER associated degradation) – now begs the question whether UGGT has evolved to maintain a mis-folded domain in order to catch mis-folded glycoproteins. Clearly, a physiologically mis-folded UGGT would be steadily degraded in the ER, so if nature has come up with this solution to the problem of mis-fold recognition – Eukaryotic cells would need to afford quick catabolism of UGGT and the costs associated with constant replenishment of ER UGGT levels.