One of the important enzymes in the replication cycle of the SARS-CoV-2 virus is the helicase, which is also known as non-structural protein 13 (nsp13). During the viral life cycle, the holo-RNA-dependent RNA polymerase, also known as nsp12, is thought to coordinate with several additional factors, including the nsp13 helicase (Snijder et al., 2016; Sola et al., 2015) as shown in figure 1. 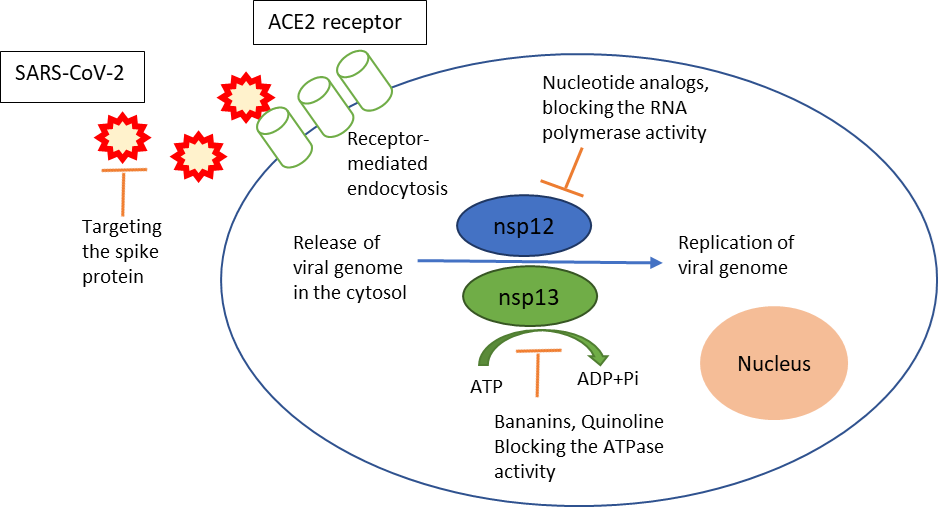 This post provides an overview of the druggability and amino acid variability of both the helicase ATP binding site and its central channel where the RNA molecule binds (figure 2) using the SARS-CoV-2 nsp13 helicase structures available from the protein data bank (PDB). 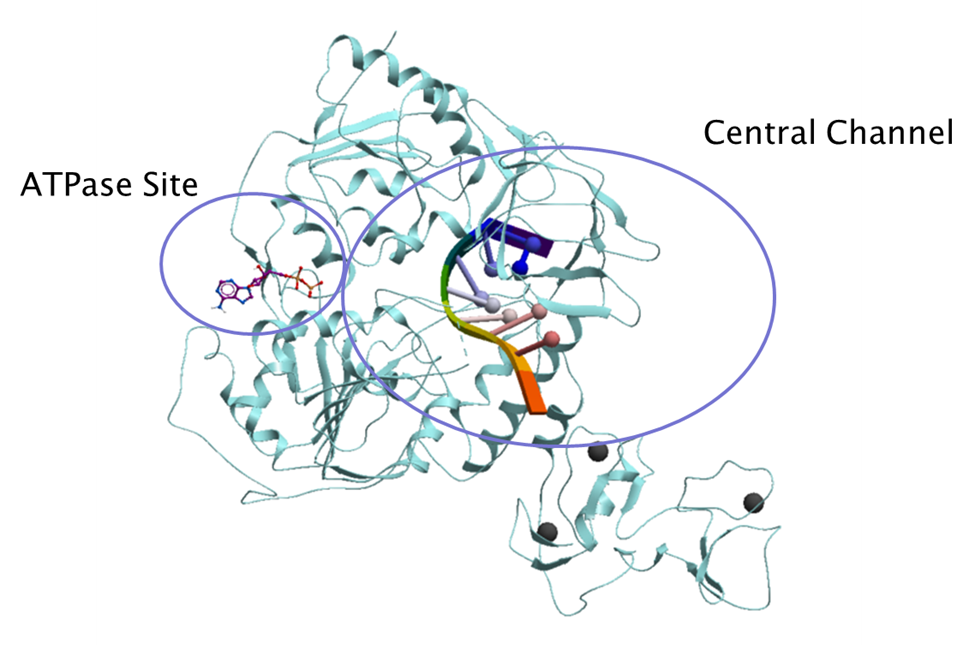 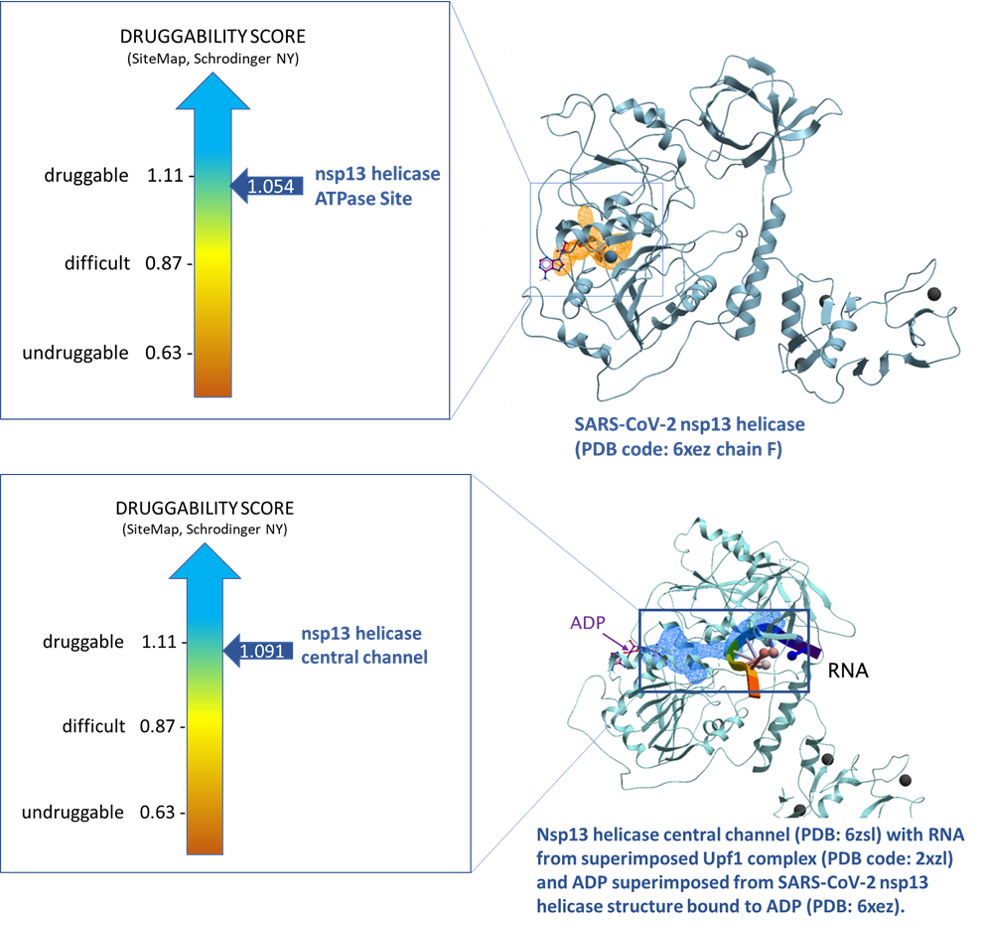 We conducted a broad survey of viral proteins from Alpha- and Betacoronaviruses to identify the most conserved druggable sites. By integrating variability and druggability data, we can then infer the most promising strategies for developing broad-spectrum viral inhibitors. This analysis can be valuable in the context of the emergence of future coronaviruses from circulating viral strains in bat reservoir species. We looked at twenty-seven reviewed nsp13 sequences from Uniprot, where six belong to Alphacoronavirus genus entries, and twenty-one belong to the Betacoronavirus genus. We then assessed the variability of amino acid lining the nsp13 helicase ATP binding site and its central channel by performing multiple sequence alignment.

We assessed the genetic variability of the ATPase site and the central channel of nsp13 among SARS-CoV-2 samples. Nicola De Maio, our collaborator from Nick Goldman’s lab at the European Bioinformatics Institute, looked at more than 39000 SARS-CoV-2 genome samples from COVID-19 patients and identified all mutations at the two sites of interest of nsp13 helicase. He identified 12 non-synonymous variants at the ATPase site (table 1, zenodo report) and no non-synonymous variant at the central channel of nsp13 helicase.

You can view the full report on Zenodo.