Our goal in support of the Emory-Sage-Structural Genomics Consortium (SGC) TREAT-AD Center is to develop and identify high-quality tools to test target or mechanistic hypotheses in animal models. As commercial research antibodies become available and validated in commercially available knock-out cell lines, it is essential to extend the characterization of these antibodies in animal models. This allows not only for confirmation of the presence and/or changes in the protein level of target proteins but will also potentially serve as a reagent for future in vivo target engagement studies. Here we have used the 5xFAD mouse to characterize target proteins. While the 5xFAD is a well-characterized and highly published transgenic model that manifests Aβ plaque deposition as early as 4-6 months of age [1, 2], we have not previously characterized the expression of new target proteins being pursued by the TREAT-AD center. Here we have characterized the expression of Moesin, CD44, Midkine and SFRP1 in the 5xFAD mouse model.

Studies of the human AD brain proteome revealed modules of proteins that were strongly correlated with higher neuropathological burden and worse cognitive outcomes [9, 10]. One such module (M4, astrocyte/microglia metabolism module), includes Moesin and CD44 and has the strongest correlation with higher neuropathological burden and worse cognitive outcomes [9, 10]. Module 4 (M4) is enriched in microglial and astrocytic proteins and contains proteins involved in response to inflammation. Another novel AD-associated Module, M42 or the matrisome module, which has a correlation of 0.75 with global pathology, and as such a source of promising therapeutic targets and biomarkers for AD is of significant interest. Midkine and SFRP1 belong to M42 [11]. It is of interest and significance that the increased expression of these proteins, i.e. Moesin, CD44, Midkine and SFRP1 in the 5xFAD mice model of AD, that are elevated in AD patient brain samples [10, 11], has also been confirmed by TMT proteomics by the Seyfried lab recently (unpublished data). 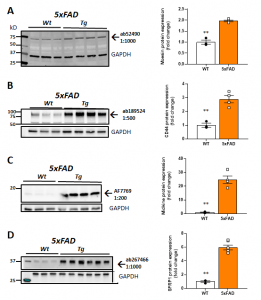 Table. 1. Summary of commercial antibodies use in western blot assays.

All animal studies were reviewed and approved by the University of Pittsburgh Institutional Animal Care and Use Committee prior to study initiation. Adult male and female 5xFAD (JAX MMRRC Stock #034840) and C57BL/6J (JAX stock #000664) were received from The Jackson Laboratory and group-housed within sex (up to 4 per cage). For terminal tissue collection, mice were anesthetized with isoflurane anesthesia and brains were collected following decapitation.  The brain was extracted and rinsed in ice-cold PBS, cerebellum was removed, and the cortex was bisected into left and right hemispheres then snap frozen and stored at -80 C until use. Each hemibrain was weighed prior to homogenizing on ice in tissue homogenization buffer (THB; 2 mM Tris (pH 7.4), 250 mM sucrose 0.5 mM EDTA 0.5 mM EGTA) supplemented with Pierce Protease Inhibitor (Thermo Scientific #A32953) and Phosphatase Inhibitor Cocktail 2 (Sigma-Aldrich #P5726 St. Louis, MO). Total protein concentration was measured using a Bradford assay [12]. Equal amounts of protein (25 μg) were separated with SDS-polyacrylamide gel electrophoresis (4–15% Mini-PROTEAN® TGX™ Precast Protein Gels, 10-well, 30 µl, BIORAD Cat#4561083) and transferred onto a nitrocellulose membrane. Non-specific binding was blocked using EveryBlot Blocking Buffer (BIORAD Cat#12010020) for 5 min at room temperature. Primary antibodies were prepared in EveryBlot Blocking buffer at the dilutions indicated in Table 1. Blots were immersed in primary antibody solutions overnight at 4 C with gentle rocking. Membranes were then washed with 1X TBST (3 × 5 min) and immersed in 1:1000 fluorescent secondary antibody (StarBright blue 700 goat anti-rabbit IgG, BIORAD Cat#12004161) and 1:2000 hFAB™ Rhodamine Anti-GAPDH Antibody (BIORAD Cat#12004167) for 1 h at room temperature. Membranes were then washed (2 × 5 min in 1X TBST; 2 × 5 min in 1X TBS) and scanned with a BIORAD ChemiDoc MP Imaging System. Pixel intensity was quantified using ImageJ the public domain NIH Image program (available at http://rsb.info.nih.gov/nih-image/). Statistical analyses and graphing were performed using GraphPad Prism Version 9.3.1 (San Diego, CA).

This work was supported by the NIH National Institutes on Aging TREAT-AD Center for Alzheimer’s Disease grant U54AG065187.