It’s usually a good idea to have more than one trick up your sleeve… So with that in mind, I’ve started developing another viability assay for my DIPG cell lines. The first assay relied on convincing a cell line that naturally grows as floating spheres to grow stuck down on the bottom of plastic wells, but with this one I want to let them grow as a sphere.

However, the tricky part is to make sure the assay starts with one sphere of a reliable size, because this makes it easier to repeat the experiment with the cells behaving the same way each time. So I had to test how many cells to seed (as few as 10, right up to 2000 cells), and try a couple of different treatments. For example, I tried spinning them at 300 times the force of gravity to see if forcing them together at the bottom of the plate would help them form a sphere.

In the end this cell line is very happy to form tight regular spheres: 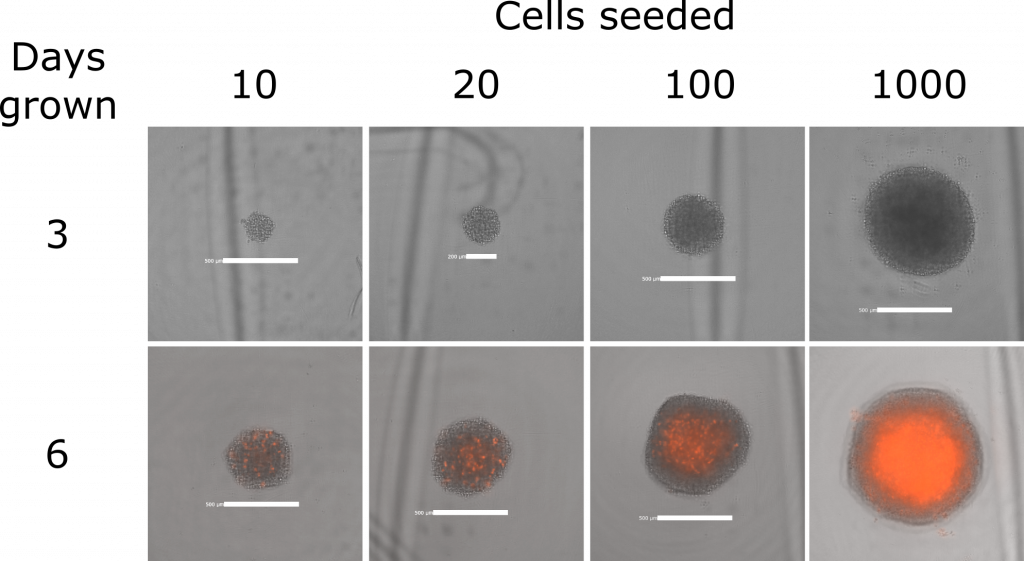 (The red areas are where a compound I added on day 3, called propidium iodide, was able to soak into dead cells and show me when the spheres start to die in the middle because they’re too big for oxygen or nutrients to diffuse into).

In fact the spheres looked so good that I went on to try out something for another interesting assay: On a subset of the spheres I added matrigel, an extract from a mouse tumour that mimics the scaffold (a.k.a. the extracellular matrix) in which cells grow. When cancer cells are grown like this they tend to invade into the matrix, as a tumour would in the body: 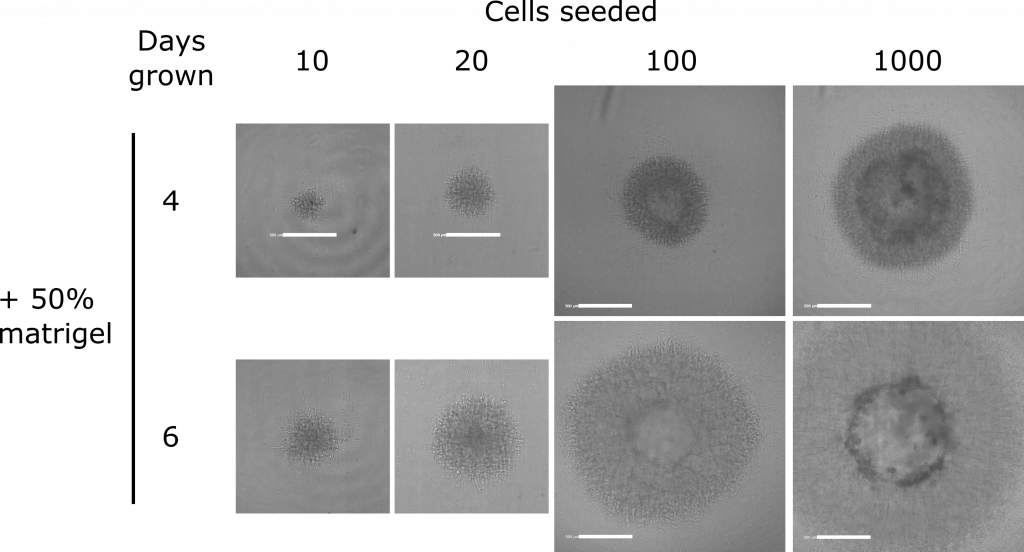 Brightfield images of DIPG cells invading from a single sphere into a 3D matrix of matrigel.

I can then check if particular conditions or therapeutic compounds encourage or prevent this invasion, and that’s a useful thing to know, because invasion into normal tissue is one of the behaviours that make cancer so dangerous to our bodies.

If you want to read about the method in detail, I’ve uploaded a full report here.