During our initial fragment screen for brachyury, we identified two fragments that bound to pocket A’. These two structures can be found in the Protein Data Base (pdb) with codes: 5QS9 and 5QSD. To date, this site and the derivatives of these two fragments represent some of our most promising targets for targeting brachyury. In this blog post, I will specifically be talking about some of the progress we have made developing 5QS9 (dubbed “thiazole series”) as well as talking about some of the directions we are currently taking this series. Future posts will discuss the 5QSD series and its many directions. 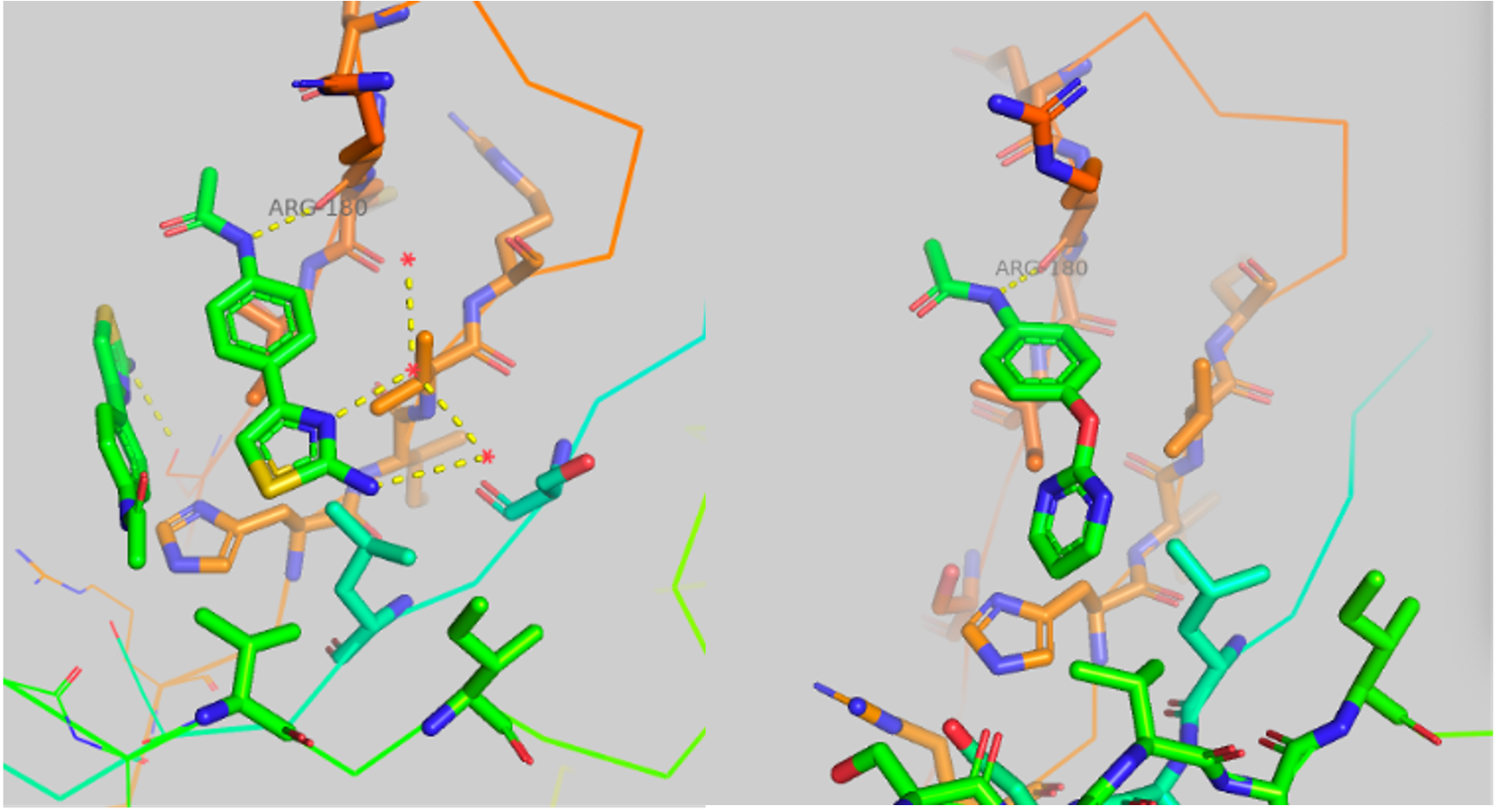 Our primary mode of developing this series has been synthetic work performed by Anwar (and later progressions by Zach and our CRO Piramal) as well as fragments purchased from Chemspace. These fragments are then sent to HDBioscience in China for SPR screening to provide us with binding affinities.

One of the more important fragments that we purchased from Chemspace (CSC02789850) showed modest potency and led to a new crystal structure which provided us with a new direction to take this series. Notably, this crystal structure showed that there is room to grow into an adjacent groove containing SER89. 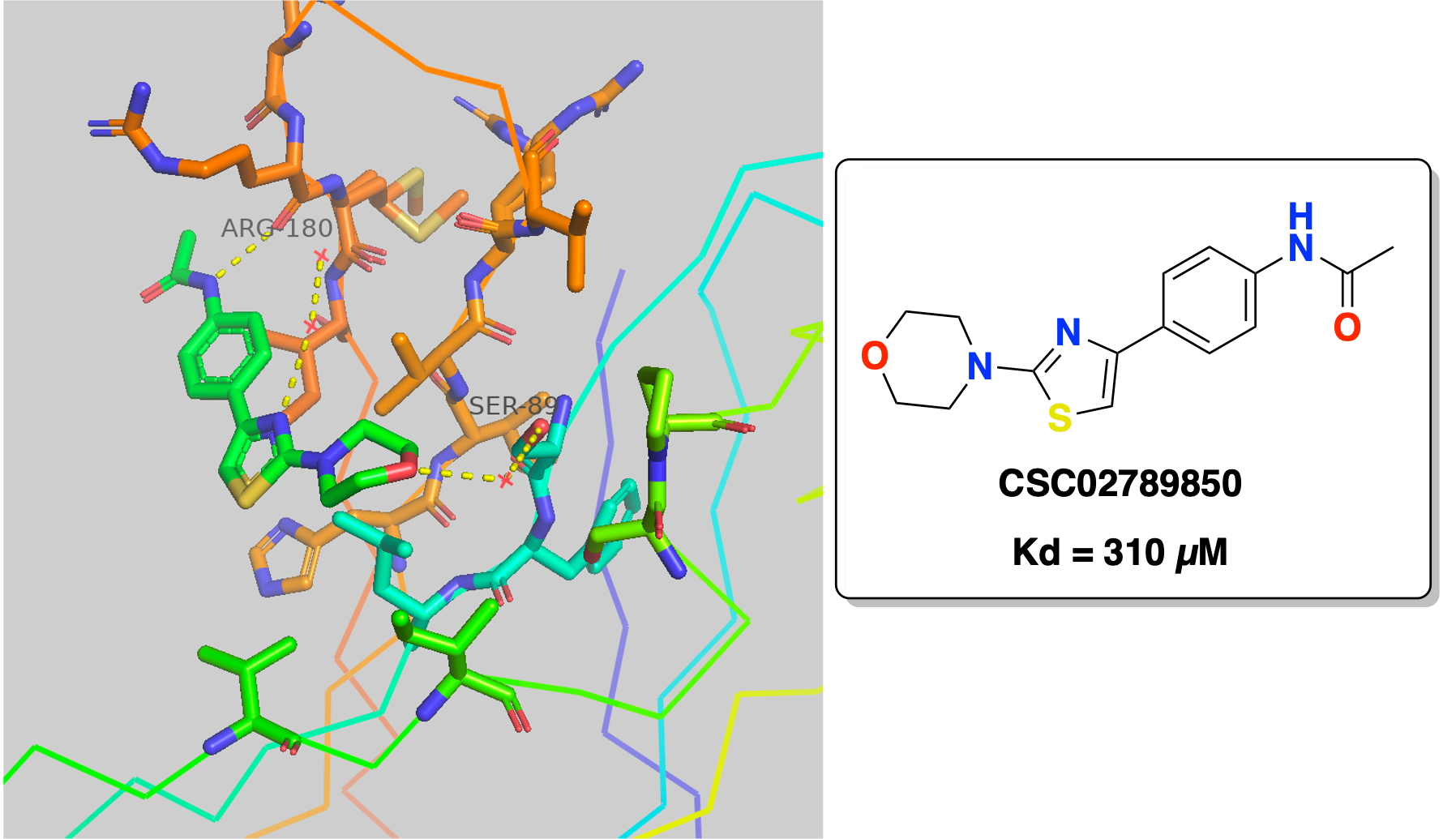 Figure 2: Crystal Structure of CSC02789850 in pocket A’ of brachyury. Showing contact to ARG180, a water bridge off the nitrogen of the thiazole, and a water bridge to SER89.

Major improvements to this series are highlighted in Figure 3, using CSC02789850 as our new “parent” compound. Expansion in both directions (amide and morpholine) has provided some improvements in binding efficiency. 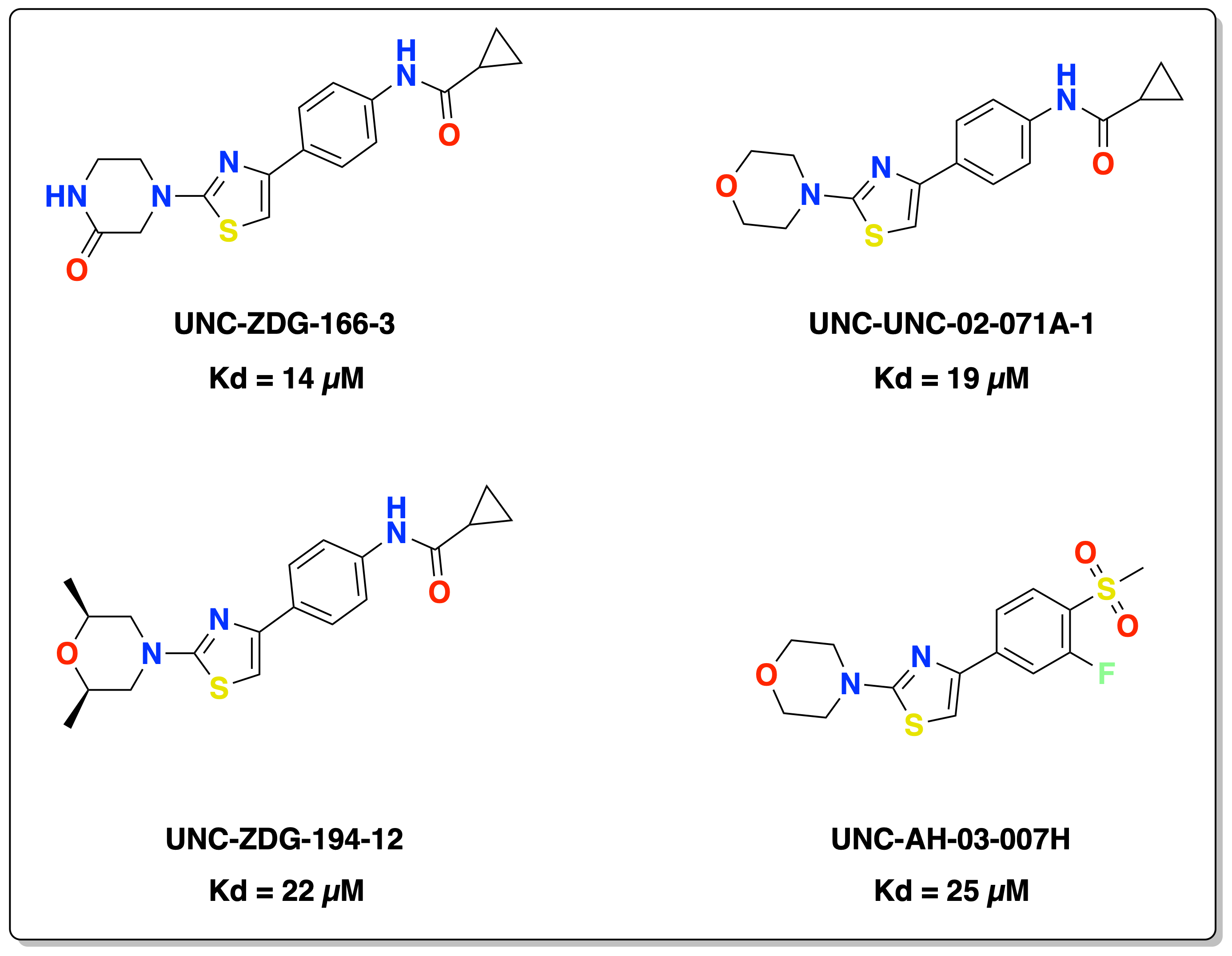 Most recently we have been examining the replacement of the thiazole ring, Figure 4. The purpose of this replacement is to provide easier synthetic routes and to try to address some of the poor solubility observed while working with the thiazole series. Satisfyingly, swapping the thiazole with a pyrimidine ring maintains similar activity while now providing a new vector for synthetic planning. Notably, the 5-position now appears to be accessible for further synthetic planning with maintained activity with both a methyl or an amide being appended to this position.

Moving forward we will plan to progress the pyrimidine core in place of the thiazole series. The new vector for synthetic planning in conjunction with improved solubility and commercial availability of starting materials should allow us to continue making rapid improvements in this area.