There are two major NSD3 isoforms expressed, long (aa 1-1437) and short (aa 1-645, differing in sequence from 620-645). The short isoform lacks a methyltransferase domain and, perhaps surprisingly, is the form attributed to NSD3’s role in acute myeloid leukemia (AML) [1]. I’ve previously used the TCGA-LUSC data-set [2] to test for differential expression based on the abundance of NSD3 transcripts at the gene-level. Next, I was interested in using the isoform-level expression data from Firebrowse to look at how different isoforms may be regulated. Is expression correlated or are there more complex regulatory mechanisms that control splicing decisions? 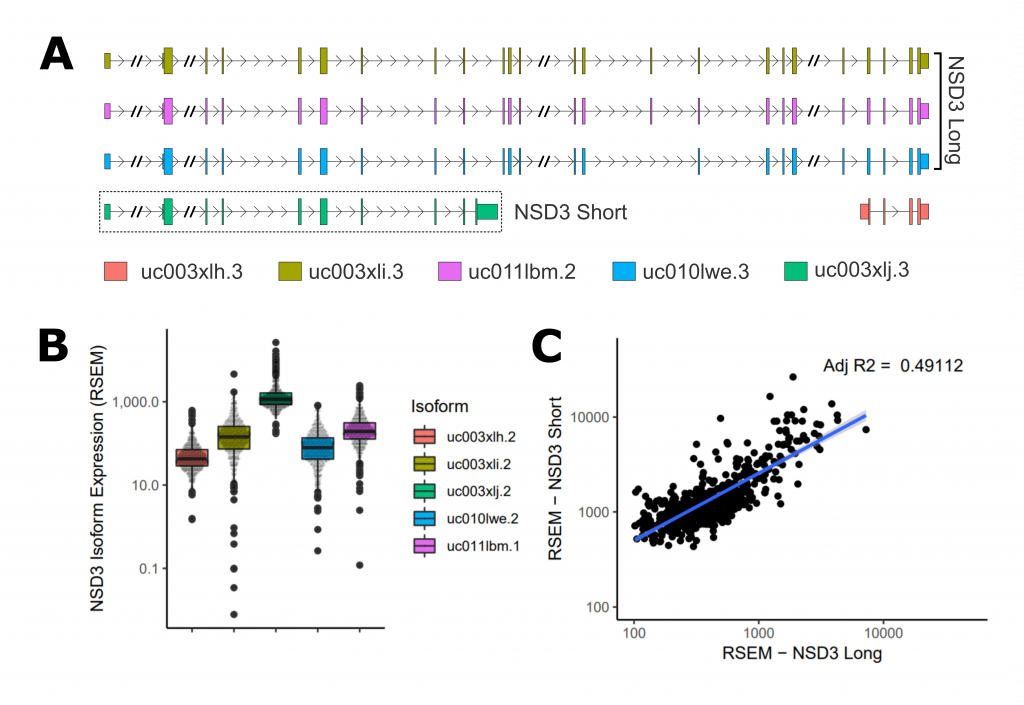 Firstly, I found that the short isoform is expressed roughly 10-fold over long isoforms, making it the dominant isoform in the LUSC data (Figure 1 – B).  Next, when comparing transcript levels of long vs short, I observed a significant moderately positive correlation, suggesting that the isoforms are likely co-regulated. I hope the analysis will be helpful in framing the shared and separate functions of the two isoforms uncovered in future experiments.

As always, the complete analysis & code can be found on zenodo.

Acknowledgement: The results shown here are in whole or part based upon data generated by the TCGA Research Network: http://cancergenome.nih.gov/.