Several compounds derived from thienopyrimidine scaffolds were recently synthesized to be tested as inhibitors of DRAK2/STK17B kinase. Among these, a set of 12 were selected to determine their potency as IC50 values on a DRAK2 cellular assay. These compounds have different functional groups around the phenyl ring and variation in the position of the sulfur atom in the core of the molecule.  The implementation of the in-house NanoBRET cellular assay was performed for our colleague Carrow Wells.   Results of this assay will be ready in the coming days. Some of the compounds under screening are shown in the scheme below. 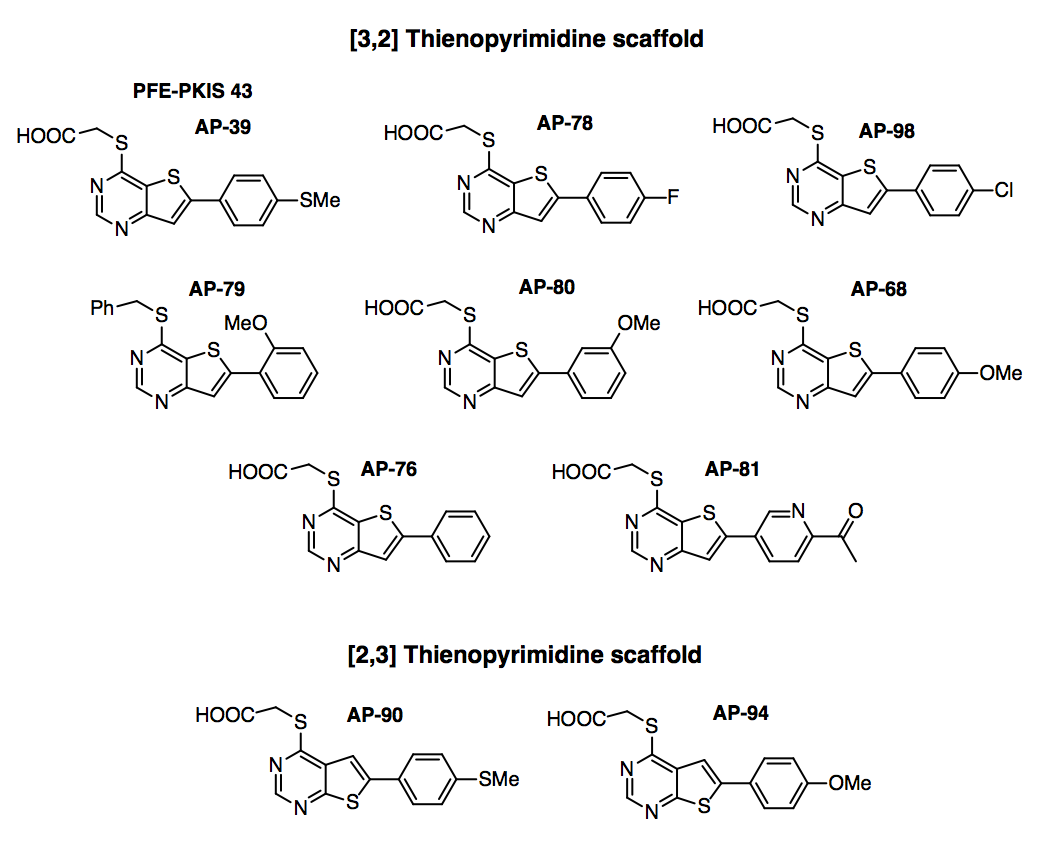