Over the past few weeks I’ve been perfecting a method for screening a small set of therapeutic compounds on DIPG cell lines. Before starting I made sure to discuss the techniques used in other groups to make sure that I design an assay that is comparable to theirs, although I may make my own changes later, and see if this makes a difference to how effective drugs are.

My first attempt wasn’t useful as a drug assay, but did allow me to measure the growth of the cells over time: 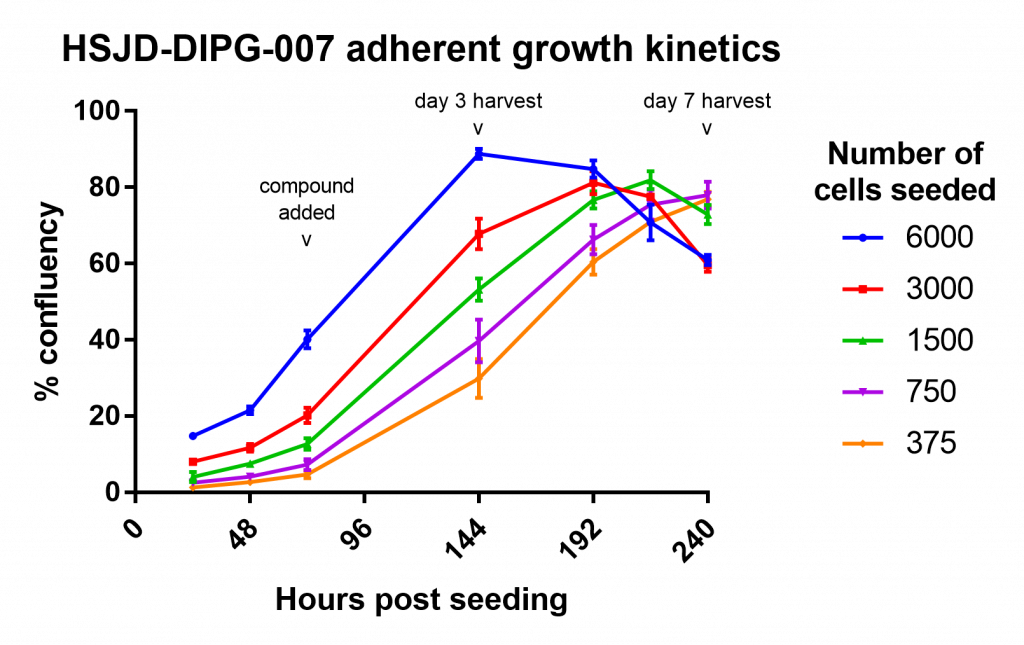 A graph of the growth of DIPG cells over time when growing adherently.

This was a great help for making choices about how many cells to seed and what time periods to use in the assay.

Eight iterations later, I now have an initial proof-of-concept dataset, and a (mostly) final protocol. The general scheme of the assay is as follows:

Coat the plates with laminin, a protein that allows the cells to stick to the plate, instead of growing as floating spheres (which is the current growth mode of choice in the field). Seed 2,000 cells into each well, in their usual growth medium, and let them grow undisturbed for 3 days. I then add a range of concentrations of each drug and a marker for cell death to the wells (with three repeats each). After four days, I add a solution (called CellTiter-Glo) that contains a luciferase enzyme and therefore glows in the presence of ATP. As ATP is only found in live cells, this light provides an indication of the number of live cells present.

Once I detect the luciferase glow with a plate reader, I can plot a curve of how many cells are alive at the end of each treatment (or, how many are dead if I look at the cell death marker), which looks like this: 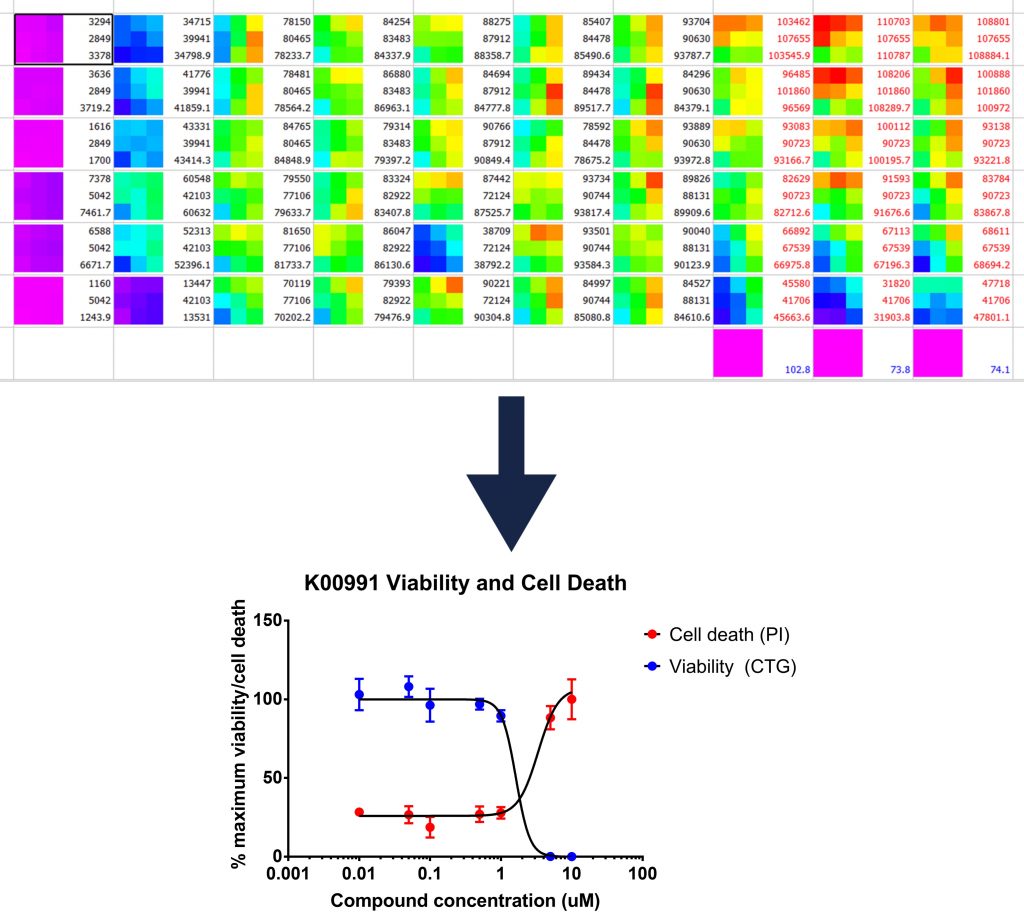 Top: a visual representation of the luminescence readings recorded
Bottom: a graph produced from such readings which illustrated the reduction of cell viability caused by drug treatment

For this compound, the assay worked well, however with another I noticed that I only seemed to be able to see inhibition for three days, and not four. This could be because the drug degrades or is digested over time and therefore that I may need to add the drug more than once in future .

You can read the complete method, and the full dataset on this page.

P.S. If anyone has tips on how to present each biological repeat, my ears are open !